The head of the Guild is known as the Clerk, as this is both a period term and would cause less confusion with the orders of the Laurel, Pelican or Defense.  Our current Guild Clerk is introduced below. 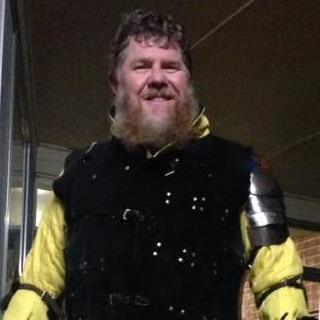 To the Brewers, Vinters and Imbibers of Lochac, Failte!

I am James Douglas, Master of the Pelican, and your humble servant, Clerk of the Guild of Brewers, Vintners and Imbibers in the Kingdom of Lochac.  I note the continued positive activity of the Guild, and thank Master Padraig for his efforts. Much like Padraig, I’m a lowland Scots younger son, so had to make my own way in this world, ending up in service to a Knight of Burgundy.

I have brewed for 11 years now, and have experience with ciders, meads, beer and yppocras, which the locals refer to as “liquid hot cross buns”.  I hope to experiment more with sour beers, and of course, thick stouts.

I reside in the north of the Shire of Bordescros (Wagga Wagga, NSW), and mundanely am a public servant.  I hope to continue with the growth of numbers and quality of the produce of this wonderful Guild. 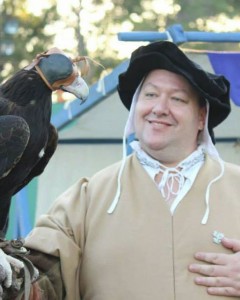 I’m currently the Baron of St Florian de la Riviere and a former guildmaster of the guild.

I’ve dabbled in most parts of medieval brewing over the years, and currently have interests in the following areas: Central Asian Food and Drink, Elizabethan Beer, Mead, and Liqueurs.

I like Pina Coladas and long walks on the beach… 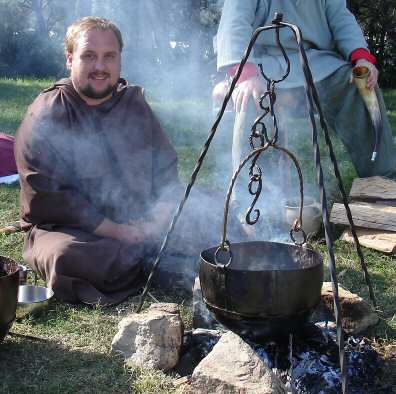 I am Rurik farseker (Order of the Laurel, Brewing) is a 11 Centuary English brother who finds the company of the heathens in his parish far more enjoyable then he probably should. Through pilgrimage, diplomatic work and travel for church administration he gets to come into contact with many, varied people and places.

I currently live in Politarchopolis (Canberra, Australia) where I brew for local events and other events that I am invited to. I am one of the founding members of the Mordenvale Company of Brewers and brew for various taverns around the area. I was also Clerk of the guild (& proto guild) for about five years.

Mundanely I hold some qualifications from the Institute of Brewing and Distilling of the Guilds and City of London (what the Brewers Guild of London turned into) and have worked in the homebrew industry in sales, teaching, product development and manufacture. 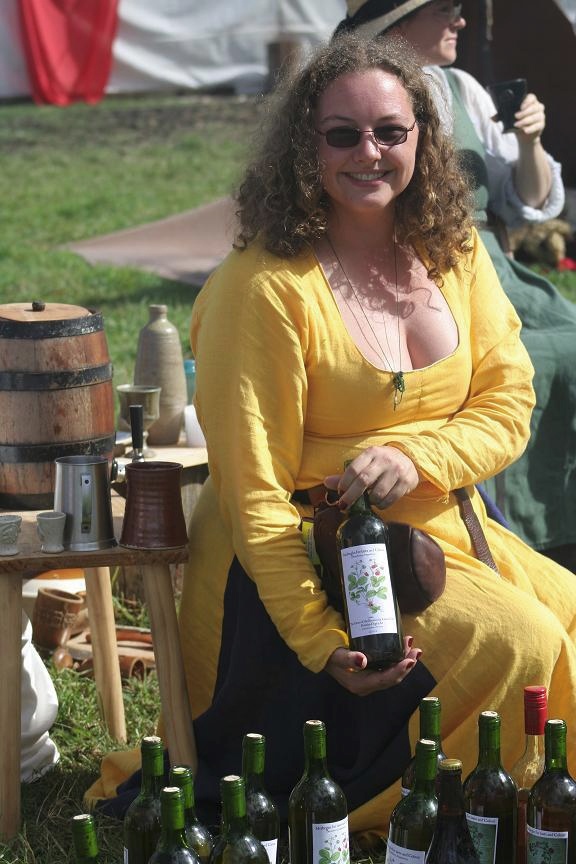 I am Elena le Breustere (laurelled for brewing), originally from 14th century England, however due to… circumstances… I moved to France and found that there was much better opportunity for me to practice my trade. My most recent venture was the inauguration of my tavern ‘The Suspect Barrel’, this being my first experience of serving from my own taps and kegs. I currently have an opening for a new ‘Barrel Boy’ as the previous one just didn’t have the stamina for the task.

I am a Mistress of the Laurel, formerly apprenticed to Master Drake Morgan and whilst I am based in Innilgard I regularly travel and you may well find me in Stormhold, Krae Glas, Politarchopolis, Mordenvale, Festival (wherever there is brewing going on) and all other places I can get to. I have been interested in and doing period brewing for over 15 years, which is co-incidentally how long I have been involved in the SCA. I have previously been our local reeve and also enjoy fencing, dancing, field and book heraldry, running and assisting in feasts, run our local children’s boffer, play a lot with the College of Blessed Herman and will sew garb under sufferance.

My brewing mainly focuses on meads, fruit wines, ciders and liqueurs and I have also recently started dabbling in gruit ales. I only make period drinks and have never, ever, made anything from a commercial kit. Ugh… I have taught a series of basic brewing workshops in Stormhold and am currently running a similar series here in Innilgard. If you ask me I love to share my knowledge and if I don’t know the answer to something I will help you research it or direct you to the person who is most likely to know it. 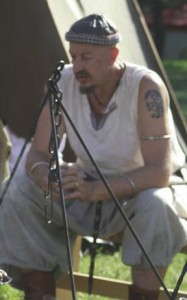 I live in Mordenvale where I was the first seneschal some 30 years ago and have been brewing for the same length of time. My brewing mostly focuses on ales, beers and melomels. I have had experience making Sahti and gruits and have experimented for the past 3 years with mash concoction brewing in cauldrons on site at camping events. This is done using no modern equipment with surprisingly good results.

At home I mash brew and store and serve from kegs. I was one of the founders of Mordenvale’s Spring War tavern and supply brews for this event every year. I can be found at the Dark Ages Encampment every year at Rowany Festival, Spring War and Rythym and Brews and am more than happy to share my knowledge with anyone who’s interested and no doubt those that aren’t when I’ve had a few.

I’m also happy to be of assistance to anyone wanting to try and emulate Dark Age brews in particular. There’s not a lot of info out there and several misconceptions. I’m also happy to teach brewing methods, both modern and of the cauldron variety and demonstrate some of these  techniques annually at Rythym and Brews.

*Ulf is also currently serving as the Baron of Mordenvale 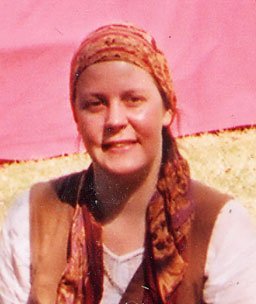 I’m Mistress Rohesia Le Sarjent, 12th century Norman Palestinian, Laureled in Calligraphy and Illumination and Member of the Order of the Pelican.

I live in Southron Gaard (mundanely Christchurch, New Zealand) and have been involved with the SCA for nearly 30 years. I dabble in a great many SCA arts including wine making, distilling and perfumery, costuming, cosmetics, cooking, painting, stained glass and too many others to name. I have a reputation for giving anything a go, once. I’m also a dab hand at research, know way too much about the crusader period and recently authored (with Rurik and a gentleman from the Midrealm) a new Compleat Anachronist on Medieval Brewing #171. 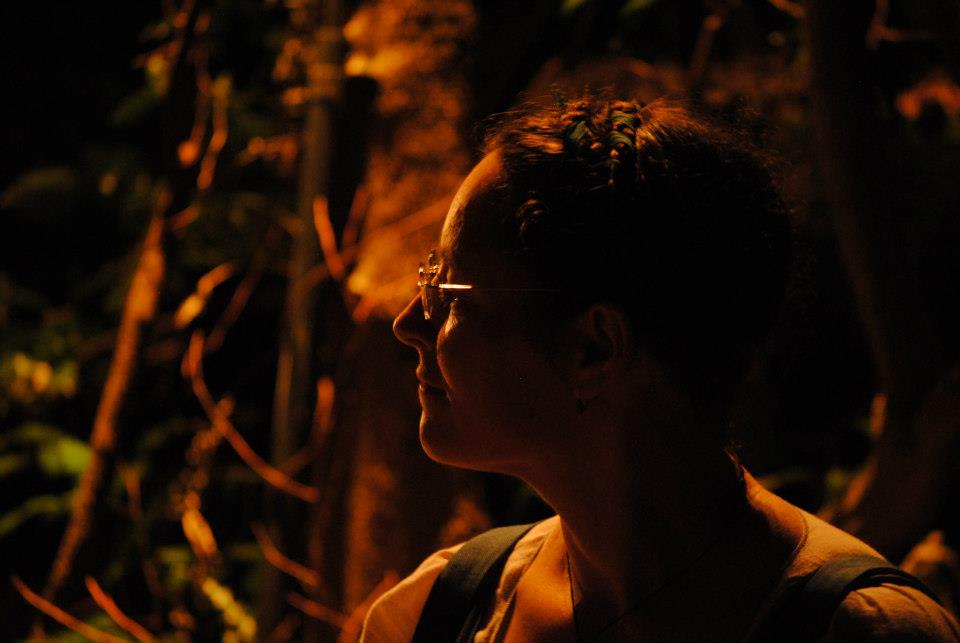 The person that currently maintains the webpages is Taryn East. contact the Webminister here

Hi, I’m Taryn, and I’m a mead-maker. My favourite brew is a good, sticky sack-style mead – great for winter, but I also do a nice, mellow mid-sweet mead, several kinds of melomel and have recently tried a bouchet. I also do a lot of experimentation with brewing fruit-wines. My current favourites being strawberry and cherry wine.