As tasting coordinator for the Guild Tastings at Canterbury Faire 2019*, I am pleased to announce a few changes to the norm, and the categories, of which some are new for this event.

Firstly, we will be trailing a new feedback system. This will aim for a speedier and better experience for both tasters and creators.

Second; in respect to pacing, we’ve decided to split across two tastings, with spirits as a separate event.

Third, and more excitingly: I’m aiming to get a (small) prize for the best item in each of the categories. To which, I am still seeking a few sponsors for this (a sponsor being willing to: attend the event, contribute to a prize (negotiable), and help out with the tallying process)

Fourth, pre-registration of entries is available as an electronic form. This won’t be a requirement, and you can still brew at the event and/or enter on the day.

Finally the categories are:

I’m informed by my guildmasters that there is to be another competition on the theme of “From Honey”,  This will take place at the a&s display on Tuesday 22nd at 2pm at Canterbury Faire next.

*book now, you know you want to: http://sg.sca.org.nz/cf/
*2 this is to enable those without a still, but want to try spirit infusing, and for international visitors who are not permitted to distill by law in their lands.

The Guild tasting for Canterbury Faire 2018 will be held at 4pm on the Tuesday of Faire in the Half Circle amphitheatre unless the weather is inhospitable, in which case other arrangements will be made.

Members are asked to limit their entries to two each, and we expect the meeting to run for nearly two hours so BYO water and snacks.

Bring out your Smalls for Canterbury Faire

The Guild competition for Canterbury Faire 2018 is “small’s” being low alcohol drinks, such as small ale, small mead or fermented soft drinks. Bonus points will given to those who make sufficient quantities to have it put “on tap” at the Mangy Mongol for the populace.

The competition will be judged during the A&S display on the Tuesday morning of Faire. The judging form  that will be used can be found at https://brewers.lochac.sca.org/files/2015/01/Brewers-Guild-judging-form.pdf Entrants should provide a sample of their brew and documentation to the judges by 10am sharp.

Congratulations to the eight new apprentices from Aneala and Abertridwr who successfully entered the ranks of the guild at Pencampwr weekend. They supplied in the region of 40 brews and nearly broke Guildmaster Drake’s liver. Well done you guys! 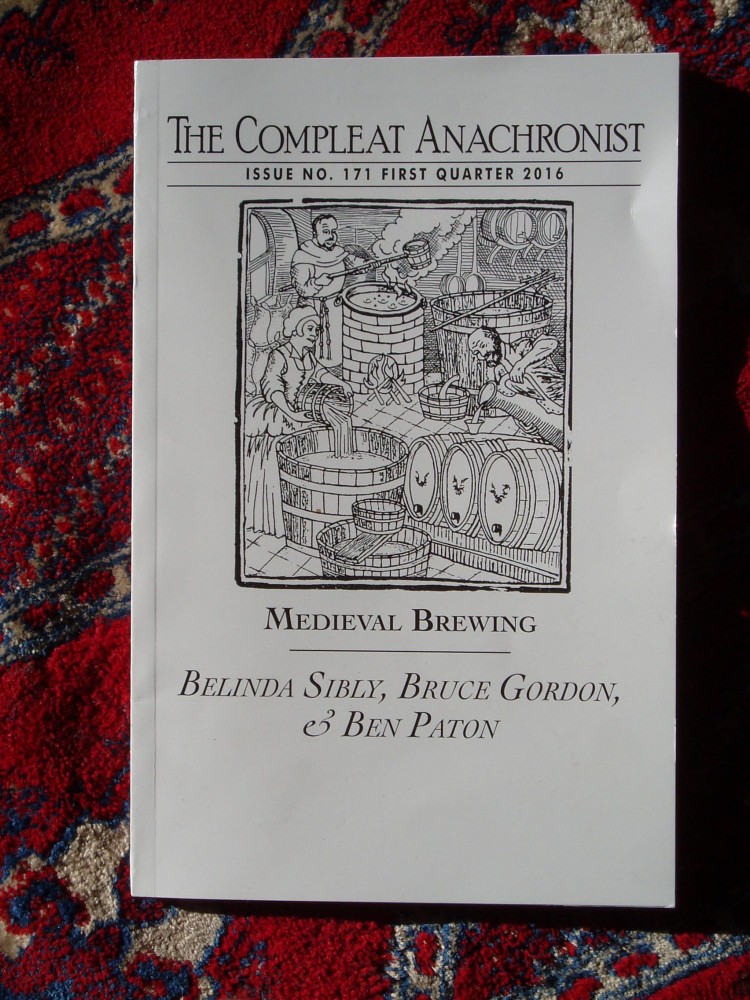 Having won the Rheinheitsgebot competition at Canterbury Faire just past, I have been charged to run a competition at Festival, and this charge I have accepted. After all, the more brewers in Lochac the stronger our Art becomes. However, since we are time limited and I have not seen as much ale around as I might like, I have decided to run the competition thusly.

This shall be a competition for small beverages; small ale, small mead, small cider etc. Herbs and botanicals are permitted, EXCEPT for hops; I am well aware of Lochac’s skill at beer, but I am keen to see more of Lochac’s ales, as well as herbacially assisted fermentations from other sugar sources.

The judging shall be done by an appropriate panel of Guildmasters at a time and place to be announced when the Festival timetable is better known. An example of the judging form can be found at https://brewers.lochac.sca.org/…/Brewers-Guild-judging-form.… so that people can familiarise themselves with the marking rubric; note the weight given to documentation and research.

I shall close this missive by hoping that I shall see your entry there beside mine, and remind you that I remain, Yours in Service,

Padraig Lowther, Master of the Pelican and Chaine Shotte Herald.

It was the decision of the CF 2016 meeting that the Guild Competition for Canterbury Faire 2017 shall be Mead! I’m telling you this now because mead takes a long time to brew so you should plan to start it yesterday, or as close to that as possible!
The criteria will be Mead: brewed with honey, water, and yeast plus one. One being any other single ingredient of your choice be it fruit, herb, spice or other. Entries brewed prior to today, which fit the criteria, will be accepted.
Entries will be judged for points out of 10 on Documentation, Workmanship, Authenticity and Overall Impression / Presentation. Entries may be submitted in person, by mail or by courier at the Arts and Sciences Display/Challenge at Canterbury Faire 2017.

PLEASE Read the section on trans-Tasman shipping on the Guild web page. https://brewers.lochac.sca.org/trans-tasman-shipping/
NZ has strict regulations regarding the import of honey products however if postal or couriered entries are accompanied by a signed letter stating the product has been heated as per the criteria listed on the webpage and that it is for a home brew competition, it should get through just fine (as has successfully been tested).

Canterbury Faire 2016 was an excellent event for the guild.

The Brewers Guild Competition for Reinheitsgebot beers had 7 entrants, some of whom submitted more than one brew. Markus, who entered 3 brews at the last minute with no documentation scored the lowest. The next four entrants all scored within one point of each other. But the top two entrants were head and shoulders above the others. Sir Asborn’s IPA style amber coming second, as a last minute entry with only verbal documentation was scored equal with Master Padraig’s Small Beer, but the over all winner with a score of 85 out of a possible 120 was Master Padraig’s ( Paddy Neumann) Strong Beer. Your prize is winging it’s way to you via the same courier who delivered the entry. Our thanks to Lord Talorc Andy Deuchars, Lord Timothy Grey Wraith and Lord Wei David Mayes for acting as competition judges.

The Guild Tasting had 19 official entries and several more unofficial ones. Approximately 24 people attended the meeting. (With some coming and going)

The over all winner was Mistress Isebail’s Elf Chilly Mead.

Because this meeting took two hours to complete it is requested that EACH PERSON BRING ONLY ONE ENTRY NEXT YEAR!

For those coming to Canterbury Faire 2016 our Brewing Competition based on the “Reinheitsgebot” Bavarian beer purity law will be judged on Sunday 17th January between 10am and noon at the A&S display. On Monday 18th we’ll be holding our meeting/tasting at 4pm at the Cultus Faunus encampment. Hope to see many of your there.

Following the Guild meeting at Festival 2015 we now have a new Guild Ranking system. See the Guild Ranking page for details including the submission forms and contact the Guild Clerk via the Contact Us page to make your submission.